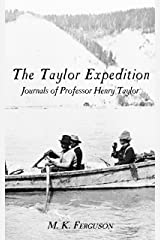 In the late 1890s, an expedition lead by Professor Henry Taylor set out into the uncharted mountains and glaciers of the newly purchased Alaska Territory, in search of possible mining locations. Plagued, but not deterred by the harsh obstacles of that wilderness, the team pushed into territories that no human had tread on for millennia. There, they discovered not only rocks and minerals, but also a vicious curse which had long been buried in the ice and snow.